Something Big - compliments of Adam from SW blog

Today we have a very compelling and promising guest post from Adam Smith:

Hey Warhammer 40K fans, I'd like to share some info with guys about a new website project I'm working on -and it's pretty big. Really big infact. 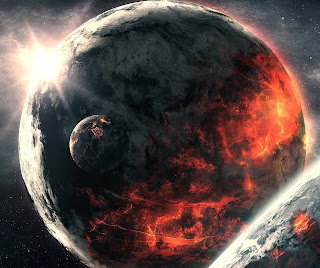 Now I'm a big fan of the 40K blogosphere and personally I prefer following the blogs to trawling through the forums.

Only problem is, I've found myself struggling to find the good stuff this year and it's for 2 reasons.

1) From The Warp stopped being the hub of 40K blogging
I used to be able to find loads of great stuff on From The Warp's blogrolls from really obscure little blogs, but very talented bloggers non the less.

I understand that all these blogrolls became too much for From The Warp to manage.

2) Bell of Lost Souls changed how they manage their blogrolls
One upon a time everyone and his dog could get on the BoLS blogroll.

And that kind of screws over all the medium blogs in the middle and kind of holds the bigger blogs to ransom.

It's tough for new bloggers
While there are other 40K blog hubs out there, they don't drive anywhere near as much traffic as these two sites did.

Because of FTW and BoLS not serving the community as they once did, getting 'discovered' in the blogosphere is really hard for new bloggers starting out.

Don't get me wrong, I've found some truly amazing stuff by trawling through the blogosphere, but I've had to do some major blogroll trawling, Google image searching, you name it.

It's tough for readers
I think I'm subscribed via RSS Feed to about 8 blogs, because they're the big ones that update regularly. And that's simply because it's convenient. I don't have time to trawl the blogrolls all the time.

But in an ideal world, we'd want to see all the best bits from the entire blogosphere without having to dig for it, right?

That means we'd be able to find great painting guides, conversions or battle reports from absolutely anyone. Not just the big blogs that update all the time. 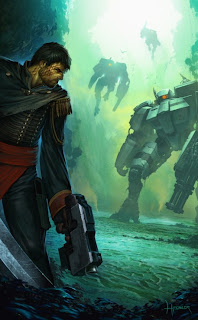 "GET TO THE POINT ADAM!"
Alright, alright. You're probably thinking that I'm going to create another 40K blog hub, well, you'd be have half way right.

What's going to make this blog hub as good as From The Warp back in it's hay day and better than all the other hubs and networks that have sprung up over the past year or so?

That means any blogger's articles can be found, so your blog doesn't need to be as big as Fritz40K for people to read you.

2) The site will rank in the top 3 Google search results for Warhammer 40K, 40K and all of the Warhammer 40K races.

Yes, that is a BOLD statement. But as some of you may know, I work in Search Engine Optimisation as the Link Building & Content Manager for a leading agency in the UK. It's going to take some hard work, but it's achievable.

But what it means is that the site will get lots of exposure from all the rankings, loads of traffic and as a result the blogs will receive far more visitors, subscribers, etc.

Meanwhile, my girlfriend is incredibly technical and will be bringing my creative concepts to life in simple, fast loading functionality for you all.

CONCLUSION
This is a real top-level explanation of what we're up to. I didn't want to delve too deeply into the details and there's loads more stuff that this website will do for the online community. This is the real tip of the ice berg.

If you have any questions, I'd love to answer them! It's probably best that I explain all my reasons for creating something for the community in the Comments below rather than fill up this article with personal stuff.

But for now if you could head over to my old 40K blog and bookmark or follow it, we'll keep you up to date with all the developments right up to the big launch in January!

And I just wanted to say "thank you" for all your years of kindness and suppport.

No thankyou and your idea sounds great. When I first started out you were one of the few people that gave my blog a shout out and from there it has grown steadily. To the point I have 56 followers and many hits a day. I would still say I am small fry compared to others but it people like you that give us a chance.

So again thankyou and I look forward to your new launch in January.

Sounds very interesting - for me it almost seems cyclic.

I began in 1997 on the web, when a website was a move away from text heavy Bulletin Boards; soon they required Web Rings, then Forums evolved from Bulletin Boards - so folks moved there for a time.

They filled up and folks resorted to Blogging away from the masses.. then the blogs were plentiful and once again needing Blogrolls (Rings) such as Google Friend Connect.

Then Visual boards.. like Pin Interest evolved, a form of image Bulletin Board and now folks use these to view vast shoals of blogs.. how cyclic the internet is.

Be interesting to see the next iteration of a Website/Blog..

Sounds like an awesome idea. I miss the FTW blogroll myself, though it's not hard to see how it got to be too much for Ron, given the standards he set and his insistence on policing the rolls.

I'll definitely subscribe to see how this idea develops, and hopefully it does. It'd be fantastic to have this resource back in the Warhammer blogging community.

Hey Tael - haven't seen you outside of Advanced Tau Tactica for a while now.

Hi Myles - there's a lot of automation on the new site which will take care of policing the 'rolls', as it were. Although there will be regular manual reviews to prevent any shenanigans :)

Hey Adam, I comment here and there. Actually a lot of late, but not so much on the Game Rule/List focussed blogs.

Look forward to your project's fruition - been interesting to watch the evolution of content delivery on the web over the decade. :)

I've no idea of the technicalities of this...but for what it's worth, count me in mate, and thanks.

Thanks for this! Since end of the FTW blog roll, I have found it difficult to really keep up with certain blogs unless I subscribed to them myself. So this project will be supported by me for sure!

Gentleman's Ones: An Explanation

Though it may seem haughty, the expression gentleman's ones actually refers to the humblest of gaming moments: those crucial double-ones required when you absolutely must pass an otherwise impossible morale test.

In the spirit of this gentleman’s ones, I enthusiastically (but humbly) hope to celebrate all of the minuscule, the quirky, and the statistically improbable aspects of this glorious hobby.

The Gentleman in Question