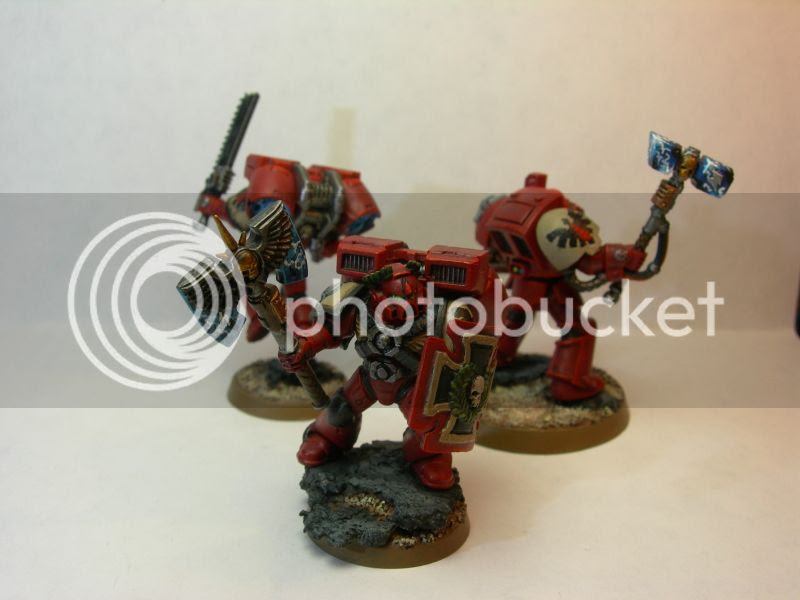 When the slog gets a bit grim, the work stack looms, and the season dire, along comes the kind of letter that absolutely makes it all worthwhile. There’s some tremendously cool modeling and painting glory on display here –just my thing- a genuine monstration of what a motivated hobbyist can do with a modest serving of gumption. Dare I say it... Glorious!

[oh, and for those diligent playtesters from December and beyond –we have not forgotten you! We ran face first into a series of delays with the token production but hope to have the matter resolved… soon? I have all your addresses and you will get your hard-earned swag as soon as I get my grubby hands on it. Do not despair. Glory beckons. Soon...] 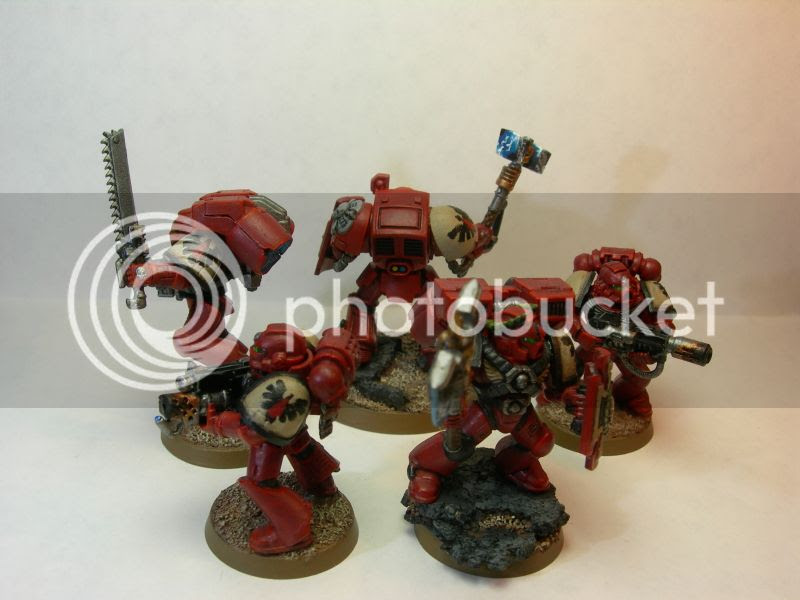 Back to the good stuff: 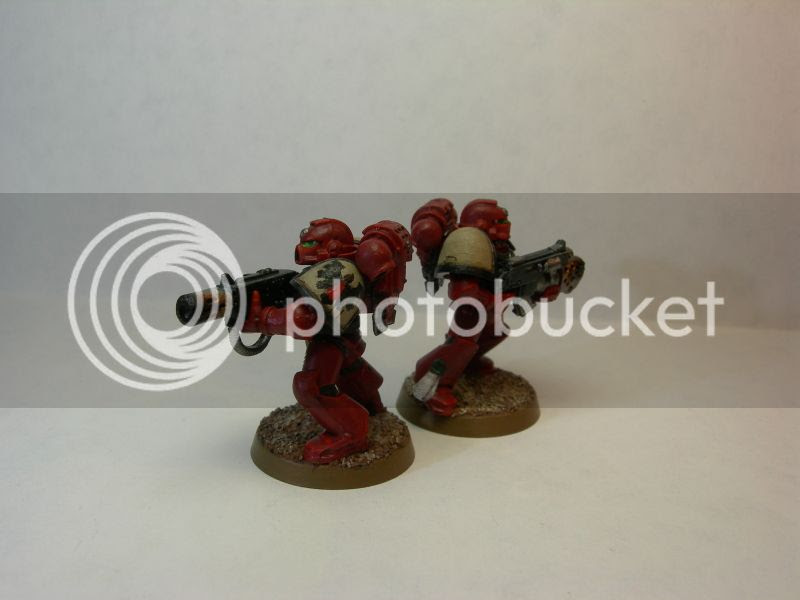 I hope that this email finds you well. I wanted to tell you that I've really enjoyed your latest blog posts about the blogoverse. There is a lot of inspiring hobby material floating on the web and your blog has become one of mine. I also loved your post on the Chaos Terminator Lord, it most certainly is a fantastic kit.

I also wanted to send you a pic of the Blood Ravens Killzone team I just finished painting and share with you a recent Killzone story. Last Friday night, I wound up meeting a friend at the local comic shop where we'd planned to play a late-night game of 40k. Instead, we found the shop overrun with Magic card players camping out for a midnight release event for the latest Magic expansion. Those players were taking up the 40k table, but we managed to get them to let us have half the space . . . perfect for a Killzone matchup. While we were pulling out models, and looking up the Killzone rules on a laptop, a girlfriend of one of the Magic players wandered over and asked if she could join us. We said, "Certainly" and turned it into 3-way matchup. 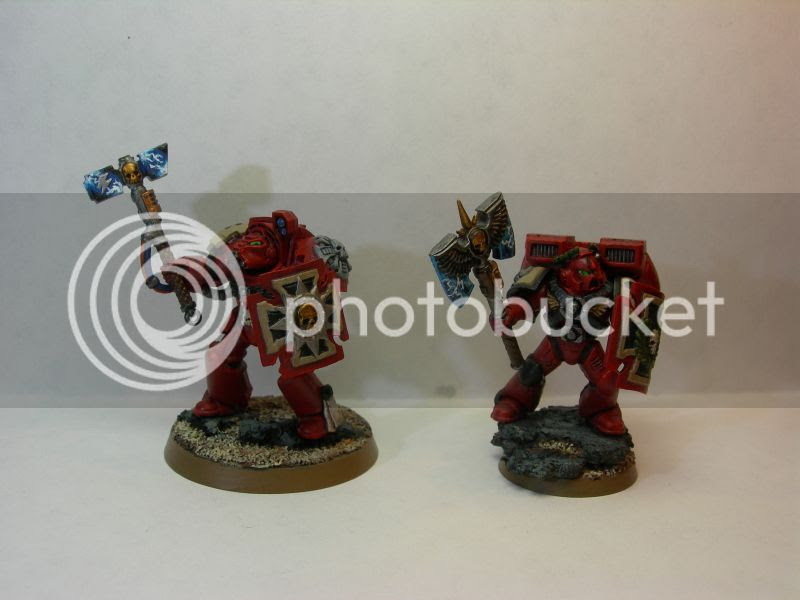 The game ended up being my Blood Ravens, the buddy with Eldar, and the girl who'd never played 40k before with Grey Knights. The table was set up as a ruined cityscape and we rolled up a kill points scenario. When the game started, the new girl promptly wiped the floor with both my friend and I. I managed to kill one of her Interceptors, but the rest of her team remained unscathed . . . mostly because my friend and I went for each other first. It was still a fun game though, and my friend and I will definitely be playing again. The girl enjoyed 40k and the pretty painted models. Overall, I think I made one new convert to 40k and two converts to Killzone. In fact, my friend and I have been discussing how cool it would be to build some modular space hulk terrain for Killzone . .

Thanks for reading and I hope you enjoy getting little stories like this from your blog readers. 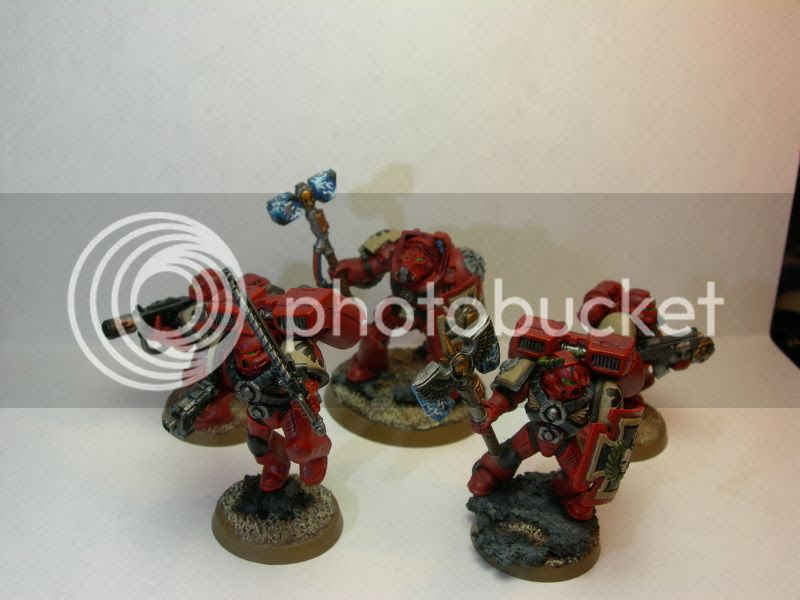 I am in love with the Thunder Hammer and Power Axe in those pictures. They look amazing.

That post warms the cockles of my cockles! Dare I say it? This is a GLORIOUS post!

I am really lovin' that people are having a great time with Killzone!

It makes all the hard work over the past almost two years pay off in spades!

I'm envious. I'm trying to convince my local 40k players to get into some Killone, but all they want to do are big 2k battles Some day, some day.....

@ Son of Dorn. Agreed. They really are superlative. I am envious.

@Son of Dorn and Brian. Thank you, but I really can't take credit for the lightning effect, I found the technique on youtube.

@Big Jim. Your work on Killzone is much appreciated, it's always been a blast to play with my friends.

@ Craig: Of course you can! An olympic diver learns from a coach, but it's his/her execution that wins the gold. :P

It's a great looking effect and your ability to mimic it from Youtube shows your skills as a painter. :)

Gentleman's Ones: An Explanation

Though it may seem haughty, the expression gentleman's ones actually refers to the humblest of gaming moments: those crucial double-ones required when you absolutely must pass an otherwise impossible morale test.

In the spirit of this gentleman’s ones, I enthusiastically (but humbly) hope to celebrate all of the minuscule, the quirky, and the statistically improbable aspects of this glorious hobby.

The Gentleman in Question